You can change how you feel

I was reading a friend's post on social media today, and she mentioned that it'd been more than 30 years since her last migraine headache. Someone else asked if she knew what led to her migraines going away, and this was her response:


Yes! I worked really hard at it! I attended the Mind-Body Institute at Beth-Israel Deaconess Hospital (in Boston), a program started by Dr. Herbert Benson's (author of the Relaxation Response). After the program, I went in for monthly check-ins for a while. I did a lot of exercises aimed at relaxation and mindfulness. I talked to doctors, got my physical pain under control—but the first step was recognizing that I was in constant physical pain—then got some emotional chaos in order. It was a five-to-six year process for me.

First was that she used a combination of Western medicine and Mindfulness/relaxation techniques together (click here for handouts about Mindfulness). She didn't get "religious" about one particular approach, and she didn't pit one technique against the other.

Second, my friend framed this experience as a project, one in which she was in charge, she would need to be patient, and she would need to take assessments and make adjustments over time. Implied in all of that is the belief (hope?) that she could do something about her own health and well-being. She had some power, some ability to take action.

Certainly, as she's told me, she would see some results in the first few months and years, but she was determined enough to give it five or six years to get the maximum results.

In my Life & Career Coaching work with clients, I regularly hear from some of them, Easier said than done! True, that. However, is effort put toward a five-to-six-year project worth 30+ years of being migraine-free? 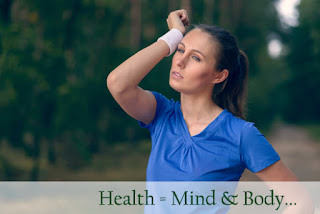